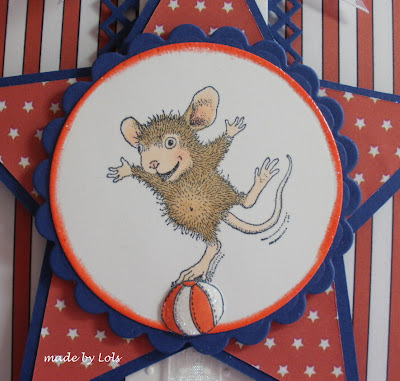 This is a little sneak peek of a card I made ,, can't show you the whole thing until tomorrow, but I thought it was quite fitting for today !! :-)

So to all our American Friends ,,, have a lovely day celebrating or just relaxing with family and friends :-)

If you have been featured in the Designer Spotlight, you can add the above graphic to your blog using the following HTML code:

Hi everyone :-) Welcome to Simon Says Challenge. We will post a new challenge every Wednesday. You can choose to make any papercrafts/ altered art creation you like as long as it fits in with the theme that is set for that challenge.

You can enter a maximum of 5 times as long as it fits in with the theme and is a new creation. No back linking is allowed.
Children over the age of 2 years are very welcome too :-)

You may use any images/papers etc, they do not have to be bought from the Simon Says Stamp Store :-)

All entries must be new, please do not link creations that have been posted prior to the day the of the current challenge.

You must mention and make a link to our challenge on your blog/website to be eligible to win the prize. It is OK to link other online forums, eg SCS, Flikr etc

You are allowed to combine challenges.

Also we respect copyright, please do not use images that have been copied without the manufacturer or designer's consent !! Any entries found to breach copyright will be deleted.

All entries to be linked before 8am EST, 1pm UK time, 2pm CET on Wednesday's

The most important thing is that you have fun making your creations :-)
There will be prizes and the winners will be chosen at random from all the entries.
We are looking forward to seeing all your entries.

Happy Crafting from the DT :-)

All creations that are featured on this blog are for inspiration only. Please do not directly copy the designs for any purpose unless you have sought permission from the person who created them